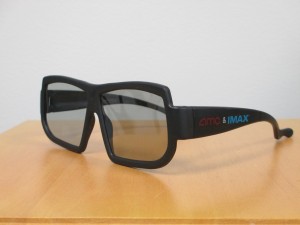 Imagine not being able to see the world in 3-D until you went to see a 3-D movie.  That is exactly what happened to Bruce Bridgeman of Santa Cruz, CA.  Bridgeman says that he has struggled with depth perception his entire life.  Nothing seemed to pop out to him and he would have to move his head in order to judge where objects were in space – until he went to see the movie Hugo in 3-D.

Things started to pop off the screen to him during the movie and things have continued to pop out for him in real life ever since that day back in February 2012.  Bridgeman has a condition called intermittent exotropia in which one eye drifts outward and the brain only uses the image from the non-deviating eye.  In order to see in 3-D one must be using both of their eyes as a team at the proper distance.  Something about the movie stimulated his brain enough to make his eyes to start to realize that they were seeing more or less the same image at the same time and what if we were to work together?  He doesn’t have normal depth perception but a visit to his optometrist proves that he had an “Ah-ha” moment as his depth perception score has dramatically improved.

The ironic thing about his story is that he is a college professor whose specialty is research of the human visual system.  Needless to say he has a new case study!

The full article from CNN Health about his experience can be found at the following link:  3D Movie Changed my Sight for the Better