Brian is an adult patient who was experiencing double vision after having a severe stroke.  He had already spent time working on rehabilitation in Occupational Therapy, Physical Therapy, and Speech Therapy.  However, he was still having difficulty reading for pleasure as the words appeared to move on the page and his peripheral vision was significantly reduced.

Here are some of the things that Brian noticed before and after Vision Therapy:

When I first went to vision therapy my peripheral vision was very poor. 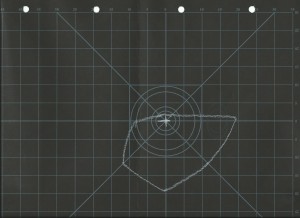 *A field of vision or (peripheral field) is the entire area that a person is able to see when their eyes are fixed in one position. A normal visual field will expand approximately 30 degrees in each direction.

After several months of vision therapy I am happy to report the following changes:

Vision Therapy wasn’t what I thought it would be but it works!

Brian improved in eye teaming, tracking plus body coordination, balance, and processing.  He can put a book down, pick it up 3 days later and jump right back into the story – his comprehension is much improved.

At his occupational Therapy re-evaluation he improved dramatically in his visual perceptual skills.  He increased from 9% to 75% in copying, 16% to 25% in figure-ground, and <1% to 37% in visual-motor search – and that was only half way through his program.

Brian’s wife had this to say about his success in Vision Therapy:

“He’s able to read and concentrate.  He seems to have more natural rhythm.  He’s also more social – he can see so much better and connect with and identify what he sees.”

As for changes seen by his Vision Therapist, “You could see the improvements in his posture and walking gait – he walked smoother and had more confidence in his spatial awareness.  He became more talkative and expressive because his brain was better able to process all of the information coming in.”

After completing his program, he read 5 books in 3 months, was playing a killer golf game, and has stopped asking his wife the same questions as his short term memory has improved.

Way to go Brian!  We are so happy and proud of all of your hard work!